Update – Unfortunately the Void has closed at Disney Springs

The Void at Disney Springs just might be my new favourite thing.  This ‘hyper reality’ experience is taking virtual reality to a whole new level, and it’s incredible!

Being a family of Star Wars geeks, we knew that we had to try this experience at The Void.  Since it was virtual reality, there were 2 in our group that thought it might be a bit much for them and they opted out.  That left 4 of us to try it – my nephew, his two sons and myself which worked out well since the experience is in groups of 4.  It’s important to note that guests must be a minimum of 48 inches tall and at least 10 years of age to participate, and a waiver is signed before you enter.

We purchased our tickets for $29.95 USD in advance and selected a time slot before our dinner at Art Smith’s.  We had no idea what it would be like – but we were excited for what was to be an immersive Star Wars experience. 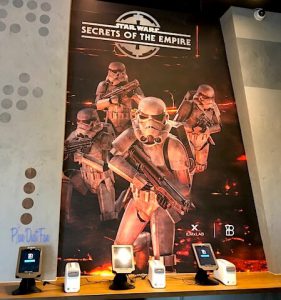 Once we checked in, we were taken to a set-up room where we watched a short video and scanned our wrist bands.  Then it was off to get our VR gear on – and that was interesting!

The full gear included a vest and a helmet (with microphone) that allowed you to talk to the other members of our group.  In total I would say it all weighed about 10 pounds but didn’t feel uncomfortable.

When they took us in to the room and we pulled our visors down, we were laughing trying to talk to each other and realized we were now Storm Troopers.  It was hysterical seeing the youngest one as a miniature Storm Trooper and when we stuck out our hands we could see that we had ‘on’ the full Trooper uniform!

The experience took us on a mission where we could interact with things and use levers on the wall to open doors.  We knew then that we really had to work together to complete our mission.  To say that it was ‘immersive’ would be an understatement – we were THERE.  At one point there was a bridge to walk across, high up above boiling lava, and I can tell you that I literally felt like I could fall off of this bridge!  The kids had to reach back and take my hand to guide me across. 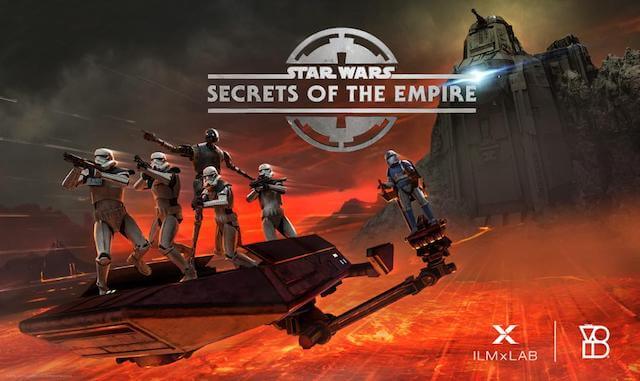 The next thing I knew we were under attack.  We had blasters in our hands and were shooting at Storm Troopers, feeling the recoil with our shots and ducking behind things for cover.  We were shouting to each other to find a safe place to shoot from while one was trying to break the code to get us out of harms way. 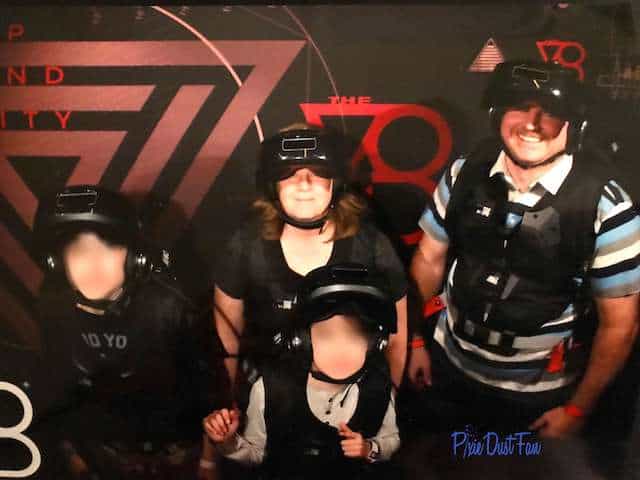 I don’t want to give away any details of the mission that might ruin your experience.  What I will tell you is that you HAVE to try it!  The Void was an experience like nothing else and I am so glad we decided to try it.  The kids thought it was the coolest thing ever, and the big kids did too!

Have you tried this yet?