What to do when your Disney vacation is less than magical 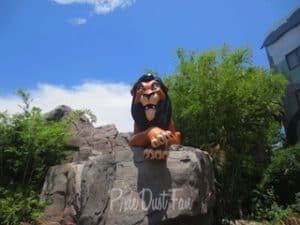 Disney is an incredible company that gives a large amount of freedom and empowerment to their Cast Members. All Cast go through extensive training (especially Front Desk, Concierge, and Guest Relations) and Disney therefore trusts that their Cast Members will use their judgement when making decisions as to how to ensure that families have the most out of their Disney vacations. That being said, sometimes things do happen that can be rather less than magical. When this happens, there are a few ways to deal with the situation.

Regardless of who you speak with, please remember that these Cast Members are humans too. They are people who are highly trained and are doing everything in their power to assist you. No Cast Member intentionally sets out to ruin your vacation. Be patient and be kind. As the old saying goes, “you get more with honey than with vinegar”.

If a Cast Member does go out of their way to do something magical for you, ask to speak with their Leader and let them know. The 2 minutes you spend recognizing a Cast Member for their efforts can make their day, and even week. That little bit of kindness goes a long way. 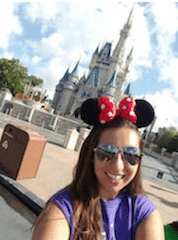 *About the Author* – Darci is a former Cast Member who worked Front Desk at various resorts at Walt Disney World. She was a member of the Disney College Program which allows students to work all over Disney property – not only EPCOT’s Canada Pavilion. She now resides in Ontario and feeds her Disney passion by assisting family and friends with their Disney vacation planning, watching live streams of park shows, and even got engaged at the Magic Kingdom. Disney is and always will be a part of her life. She believes that you can take a girl out of Disney World, but you can’t take Disney World out of the girl.

Visiting Walt Disney World for over 40 years, I’ve seen my share of foolishness on property.   On one visit I was so shocked at some of the things I saw and I had to write this public service announcement for those who may leave their brains at home while on vacation at Disney.

1. Disney Cast Members are NOT your babysitters (unless you’ve left them in the kids club of course!)

During my recent visit I was at Bay Lake Tower in the lobby watching cast members trying to help a young girl that was maybe 7 or 8 years old. Apparently she was swimming in the pool and wanted to go back to her room. Her parents were in the room and had left her at the pool to find her own way back, but she couldn’t remember the room number… Ummmm really? Please don’t leave your young children unattended. Who do you think is watching them #WhatAreYouThinking??

2. Keep your hands inside the vehicle at all times

Eating at Pinocchios we selected the window table overlooking It’s A Small World. Do you know how many people leave their children on the end of the boat with their hands in the water?? Do you know how many adults I saw doing the same thing?? In the 30 minutes we were sitting there, I was amazed at the foolishness. Safety is Disney’s top priority, but you can’t fix stupid people. #ThatsHowYouLoseAFinger

Attractions like the Tower of Terror, Space Mountain and Everest have height restrictions. Why? Because it isn’t safe for if you are shorter than the required height. Don’t try to convince the cast member that your child is slouching or that they can meet the requirement if they stand on their tip toes, it’s just not smart. The cast members are not letting you on because it isn’t safe – listen to them! #NotTheTimeToArgue

Okay – this one just irks me. They ask you not to use your flash in the dark rides as it can ruin the magic, and for stage shows it’s a safety issue for the performers. If you don’t know how to turn off your flash on the huge iPad you’re holding up then ask someone. Also, if you’re on the Haunted Mansion and you’re texting someone – all I can see is the light from your screen! You are not the only guest on this attraction and you’re irritating the rest of us. #Selfish

Seriously – how old are you? Where is your sense of civility? Lines are expected at the parks, if you’re not prepared to wait your turn – don’t visit. It’s really simple. We’re all there for the same reason and pushing, shoving, cutting the line is just going to aggravate everyone and possibly start a verbal exchange of unpleasantries. #GrowUp

The Cast Members at Walt Disney World are the best in the business. Sure there are some bad apples, but overall they offer first-class customer service. Seeing a guest berate a cast member for silly things like the length of a line, the price of a meal or their inability to make it stop raining is insane. Disney Cast Members don’t really have a magic wand that can bring out the sun and make you less of a jerk.   #DontBeAnIdiot

7. Trying to get something by security

They search everyone’s bags and send random people through metal detectors at the parks, but did you know they have undercover security as well? I will say no more about them as I don’t want to give away any of their methods, but if you manage to make it through bag check without your flask of vodka being detected under your shirt – don’t be surprised if some random stranger approaches you later and ejects you from the park.   They are everywhere! #YoureNotSmarterThanThem

8. Waiting in line for 10 minutes without deciding what you want

It’s busy, you’re standing in line at the quick service for 10 minutes waiting your turn. You finally get up to the cast member to order and you haven’t decided what you want! Really? What were you doing for the last 10 minutes? This happened to me at Sprinkles at Disney Springs, and I was not amused. #UseYourTimeWiesely

When you feed any wildlife – you make them lose their natural instinct to be afraid of humans. This one always bothered me especially since my sister has a horrible fear of birds. We were always aware of the people feeding them because it made them comfortable to swoop in and grab a fry out of your hand.   I watched adults let their little children feed the ducks their french fries and wondered what would happen when the duck bit the child – who would be to blame?  Given the tragedy of the young boy who was drowned by an alligator, experts have suggested the alligator was probably fed by people at some point. I’m not saying the people who fed the alligators could have predicted this tragic event – but maybe if they had used some common sense, things would have been different. If you want to feed animals, visit a petting Zoo, Disney parks are not the place for it. #CommonSenseIsntCommon

Walt Disney World really is the place where an adult can be a kid again… Just remember to use your common sense and be courteous to others while you’re there and you will have a magical time!