Astro Orbiter – Why I Will Never Ride Again 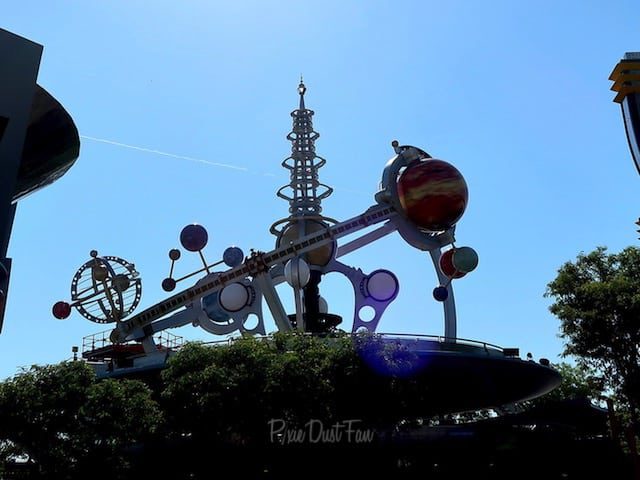 Astro Orbiter in the Magic Kingdom has always puzzled me.  I have been visiting Walt Disney World since 1974 and apparently this attraction originally opened in 1974 as StarJets.  It was later refreshed and updated in the mid 90’s to be Astro Orbiter.

The funny thing is, I don’t ever remember being on this attraction.  How could I have visited Walt Disney World all these years and never been on it?  My family seem to think I had, but it was bugging me – I had to experience it.  There couldn’t be an attraction at Walt Disney World that I hadn’t been on at least once?

I was there with my 2 sisters and brother in law when I happened to notice there was NO line.  I figured this was my chance.  No one wanted to go with me, but that was ok – I told them to grab a seat and I would be right back. 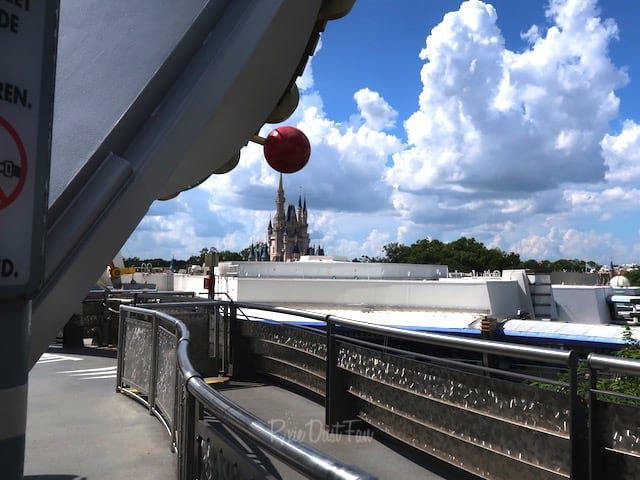 Before I knew it – I was in the elevator on the ride up the 2 stories.  I figured this would be fun, like Dumbo only with rocket ships.  I was wrong – these were not like Dumbo at all. 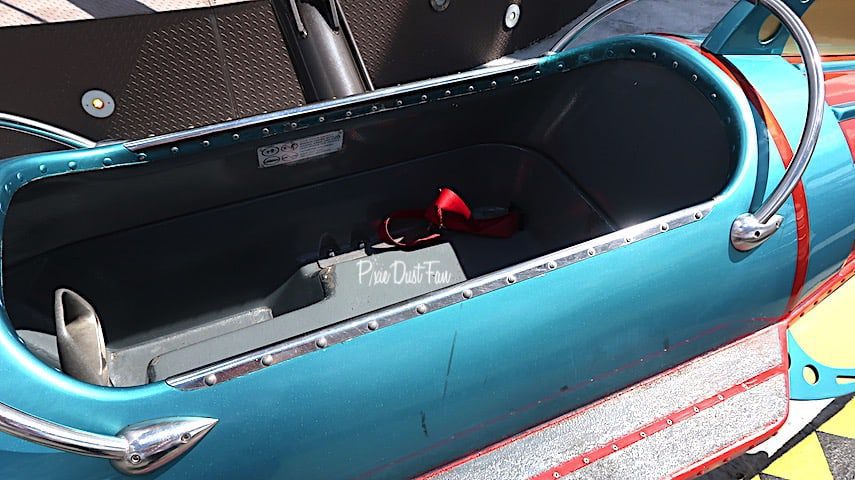 This rocket was next to impossible to get in and out of!

If I were 10 years old, this may have been fun.  Even in my 20’s I may have gotten a kick out of it, but in my (cough) 40’s – this was not fun at all.  The rocket required me to ‘climb’ in and then basically sit almost flat in the ship with my feet out in front of me.  A bit like Space Mountain, but much more flat – like no seat.  Once I finally got in to my rocket, I wasn’t sure how I would ever get out. 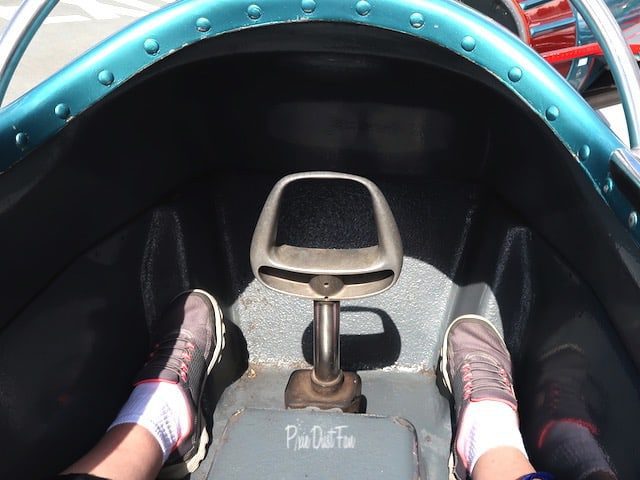 Once my feet were out front, I wasn’t sure what to do!

The attraction was fun, spinning around and using the handle to make my rocket go up and down.  Some pretty spectacular views from up there but after 3 or 4 ’rounds’ I started to feel dizzy.  Maybe it’s because it’s higher up or maybe it’s because you’re on a bit of a slant, but I have never felt that way on Dumbo.  I took a quick selfie as ‘proof’ that I had been on the attraction, so I would never have to do it again. 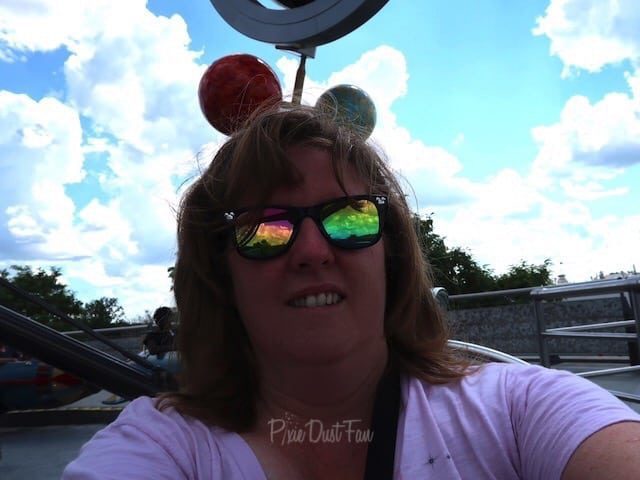 Proof I was on it!

Once it stopped and we were back, I REALLY struggled to get up and out of my rocket.  I tried to turn, get up on my knees, pull myself up with the sides of the rocket – if it wasn’t so sad it would have been comical.  I was too old, and I knew it.  I finally managed to maneuver my way upright and was the opposite of graceful as I exited.   I think I gave a few people a good chuckle – and that’s really all that matters.

Here’s a quick peek from above!