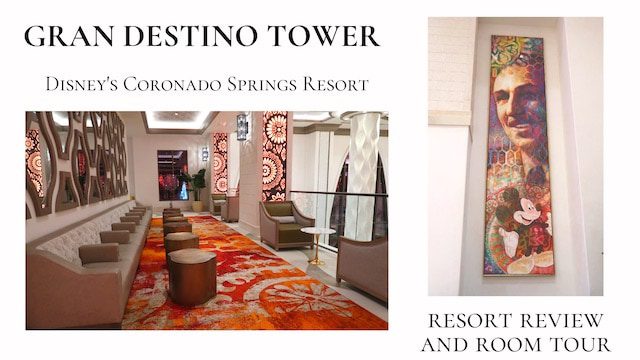 Disney’s Gran Destino Tower opened in July 2019 at Disney’s Coronado Springs Resort.  The tower offers an additional 545 guest rooms to an already large resort of now over 2,000 rooms and I just HAD to get back and check it out for myself.

I had stayed at Cornado Springs a handful of times before the renovations started and I had sort of an “on the fence” view of the resort that was directly related to where my room was and what my plans were.

On a visit with my sister we stayed in a standard room – and we had friends in a pool view room, both were lovely rooms.  One afternoon we decided it would be a great idea to meet for drinks while the kids had a swim at the main pool.  “No problem – we’ll be there” we said.  We started to walk, it was noon and over 100 degrees… and I thought we would never make it!  It was a long walk in that heat and I was determined never to make that walk again.  That was the time I didn’t like the resort.

On another visit with my friend, we stayed in a preferred room and had no intention of ever going to the main pool.  We spent a lot of time in the main building and it was so close to our room, that was the time I loved the resort.

Now it’s time to stay in the new Gran Destino Tower.  Would I love it?  From the moment I walked in, I knew that this moderate resort was going to blow me away!! 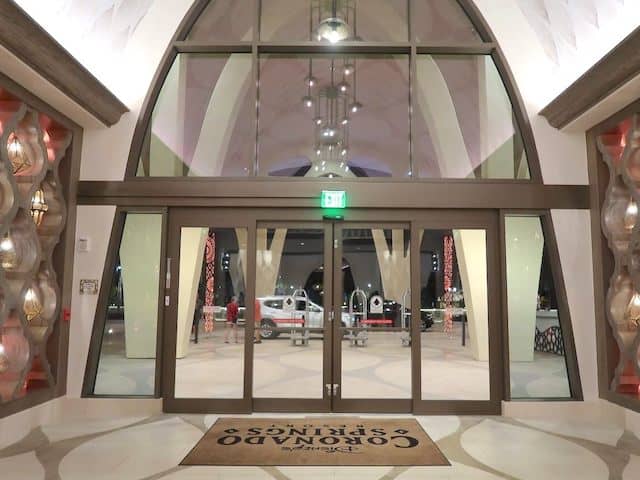 Disney has different tiers of resorts ranging from value to deluxe.  Disney’s Coronado Springs is considered a moderate resort, Pop Century is a value resort and the Grand Floridian would be an example of a deluxe.  There is also the Disney Vacation Club villas and camping, but that’s a whole other blog.

With Coronado Springs and Gran Destino Tower being in the moderate category, I wasn’t expecting such grandeur, it is gorgeous! 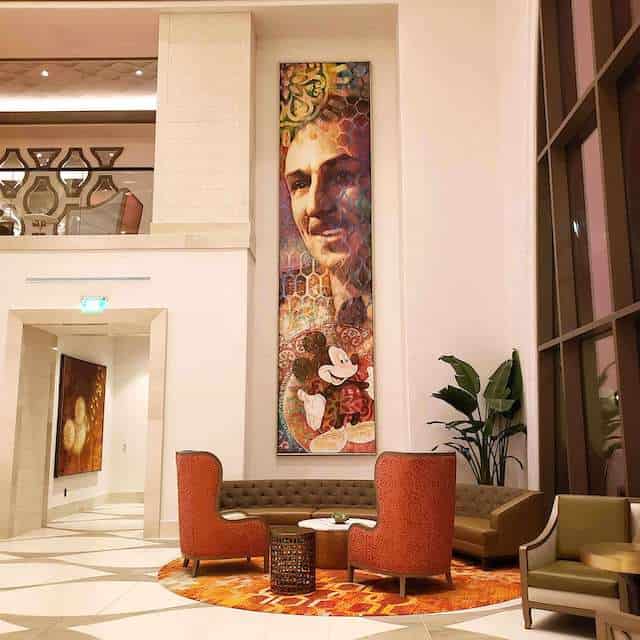 The picture of Walt and Mickey – bigger than I expected, and so wonderful to see!

The tower is named for the 2003 Disney animated short “Destino” which started in 1946 as a collaboration between Walt Disney and Salvador Dali.

David Stofcik, an executive architect at Walt Disney Imagineering said “We didn’t want to make it too much color everywhere.  If it was everywhere, then everybody’s screaming, screaming, screaming it’s too much. So we wanted to downplay and really pick our points.”  And they did – the colours are vibrant, but never too much.

The lobby itself is visually stunning.  There was a long line when we arrived to check in so we had plenty of time to take it all in.  It’s more of an open concept check in where some cast may come from behind the counter and walk you to a stand up table or seat to discuss your queries with a tablet.

We got our room number and headed to the 7th floor.  The elevators are the new technology where you enter your floor number on the pad and it tells you which elevator to go to, the idea being that they group people together for a faster experience.  I don’t know if the system works that way, but we never really waited a long time for an elevator! 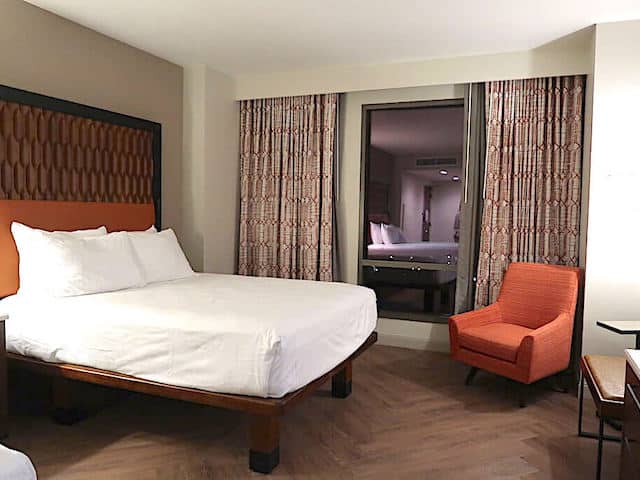 The room?  Well, what can I say – it was gorgeous!  Plenty of space for 2 of us, a LARGE bathroom and of course I love the shower.

The stand up showers at Walt Disney World always have such nice tiles and lighting, I am constantly admiring and dreaming of a home remodel of my shower!

If I had 1 complaint about the room it would be that the shower, vanity and toilet were all in 1 room.  I prefer at the resorts where the shower/toilet are separate from the vanity – it just helps when you have a couple of people trying to get ready in the morning.   There are some rooms configured a little differently with the water closet, I think I would have liked that more.

The beds are the raised ones so you can get your suitcase underneath and there is a huge desk space if you had to do work.  Of course there are the standard fridge, iron, hair dryer and safe as well in the room.

After we got settled in our room, we were STARVING!  It had been a long travel day for us and we headed over to Rix Sports Bar and Grill in the main building.  The walk over was all indoors which would prove to be helpful on a rainy day!

Let me tell you, Rix was amazing – the food was DELICIOUS and definitely someplace I would expect to return.   And we did.  The NEXT night!  That’s how good it was! 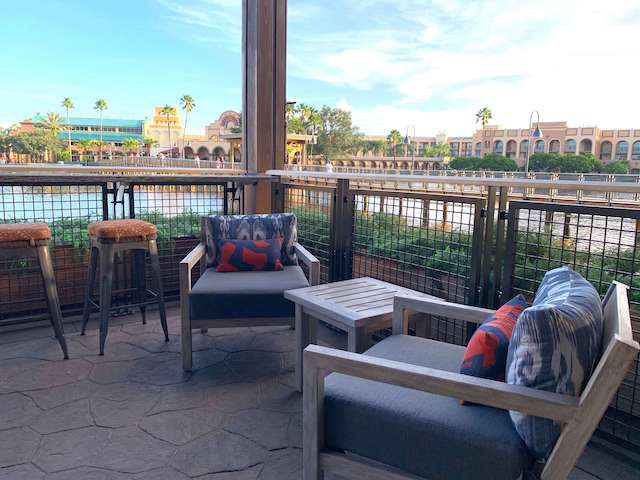 Three Bridges Bar and Grill is the perfect place to gather!

Aside from Rix, we did have the opportunity to try the new Three Bridges Bar & Grill while meeting some friends for drinks and appetizers.

Sitting in the middle of the lake, connected by three bridges to the resort, this place is not to be missed.  There was a lovely breeze off of the water and terrific views as we caught up with our friends and enjoyed some great conversation.

I have a full walk through of the lobby, room and Rix and Three Bridges.  Take a look and let me know what you think!