To Drive Or Not To Drive, That Is The Question

I have been travelling to Orlando for vacations for as long as I can remember.  As a child, we would all pile in to our old station wagon and begin the 3-day trek to Walt Disney World from Toronto.   It wasn’t technically a 3-day drive, my Dad just refused to drive in the dark so we would always stop at a motel in the afternoon.  We had some great times playing in the pool and relaxing for the night.

In those days, seatbelts and car safety weren’t a big deal.  I had a ‘bed’ in the back of the car made out of blankets and pillows so that I could nap whenever I needed.  They kept me entertained not with iPads and phones – but with endless games of I spy and sing-a-longs.  I was a McDonald’s junkie at the time – and their biggest challenge was making sure that I didn’t see the golden arches on the highway or I’d cry until they stopped.  Do you know how many McDonalds there were on that trip?  They had their hands full distracting me!

As an adult, we have driven to Disney plenty of times without taking 3 days.  We’d drive in the dark and maybe stop overnight if we were getting tired – depending on how many drivers we had.  It always seemed like a good idea to save us some money and avoid paying for airfare or a car rental in Orlando.

Years ago on one of my first Disney Cruises, we were on board when a hurricane came through.  We were safe and the Captain kept us out at sea and away from the storm.  It was an eventful cruise, we had to sail to Texas to get some fuel and then got an additional 2 nights out at sea because it wasn’t safe to bring us back, but that’s another story for another day!

Once the storm had passed they determined that Port Canaveral wasn’t safe for us to dock at.  They took us to Miami and bused us back to Port Canaveral.  I was supposed to fly home – but of course I had missed my flight, so I piled in to the minivan with my family who were driving home.  It was a bit of a tight squeeze – but we made it work.

The drive home was crazy.  The storm that we had managed to avoid on the cruise literally felt like it was following us all the way home!  We drove straight through and I remember thinking “I’ll never drive again” as we passed through the mountains in the pouring rain with the wind rocking the van.

Now, it’s years later – and the flight prices keep increasing.  With the dollar the way it is, my Disney vacation is going to cost more than I had originally intended.  My sister really wants to drive to save us the airfare, but I’m on the fence, what do I do?

Hmm…. Why does my pro list look so long by comparison?  I’m really looking to convince myself that it’s better to fly.  When I map it out with Google – it keeps taunting me with 2 routes that are 20 hours and a flight option that’s less than 3!

Okay – now let’s figure out the $’s in round numbers:

Now the question is – is 2 days in the park worth $395 to me?  I can’t decide…. Of course I could use that money to buy a new Dooney purse.  Thankfully I have almost 3 weeks to make a decision!  What would you do?

We are trying to figure out this exact thing!! There are five of us but flights are so expensive and renting a car. I really like a good road trip but then you have the days to drive(we are in NY). Tough decision!!

I totally agree! It’s a hard decision, especially when you factor in renting a car and flights. You’ll have to let me know what you decide! 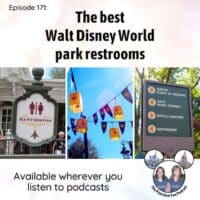