D23 The Official Disney Fan Club For Who? 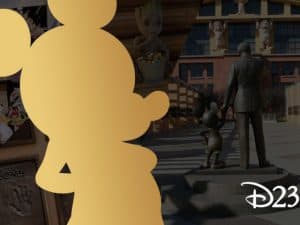 Just when you start to feel like Disney has let you down, they make it RIGHT!  Canadian fans, UK fans, Fans from everywhere BUT the US were upset when Disney announced on August 16th that gold memberships could only be sold to those living in the US.  We were all upset and disappointed, how could they turn their backs on us?  Don’t they value us?  I knew there had to be more to the story.

On August 20th Disney sent an email explaining – this was due in part to the new privacy regulations and they are working to find a solution.  In the meantime, they are adding an additional 12 months to existing memberships at no cost!  This means that there will be no issue purchasing or attending D23 events and expos. 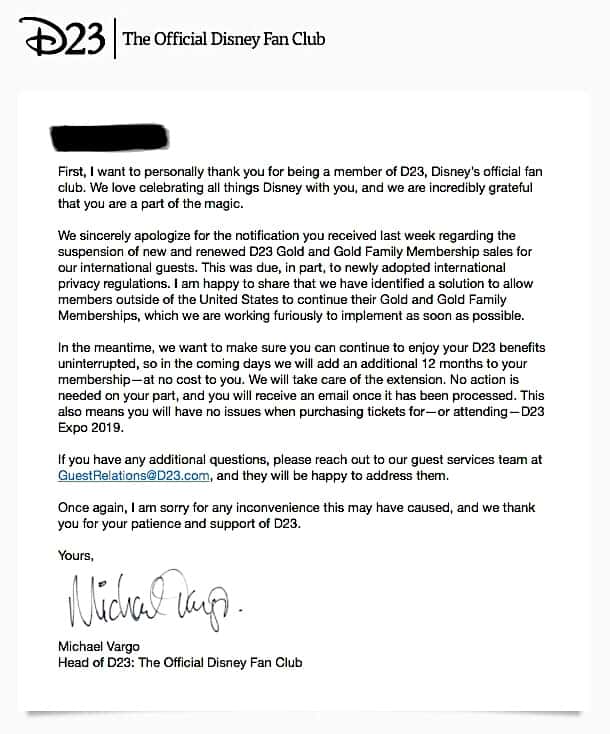 Disney – you really know customer service.  We get it, things happen… but I can always count on you to make it right.  Thanks for continuing to be a company that makes me feel like a valued fan!

I have come to accept that it’s not easy being a Canadian Disney fan.  There are so many things that make it harder for us, from the inability to have our magic bands and other great merchandise shipped across the border to the actual shipping costs of the things we can get!  But despite the challenges, we are always loyal and committed to our addiction.

One of the things that us crazy Disney fans love is to feel is like you’re part of the ‘club’, the official club of Disney fans.  For years, it was sort of a society that we created, where we found each other and knew we had a shared a love of all things Disney.  Back in 2009 Disney embraced us all and created a real OFFICIAL Disney fan club, D23.  We were all thrilled to sign up. 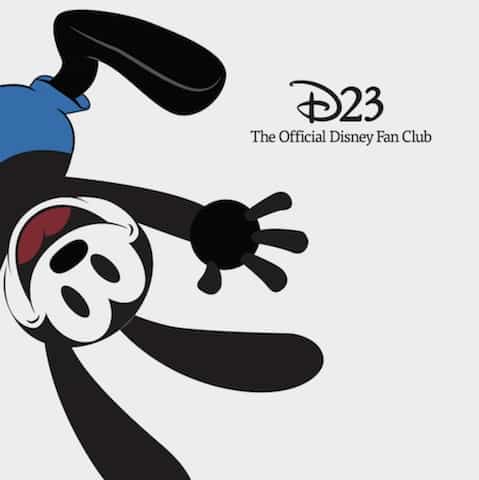 Over the years D23 has grown and includes different tiers of membership tied to different benefits.  The basic membership is free and includes email newsletters and the opportunity to declare that you’re part of the club. 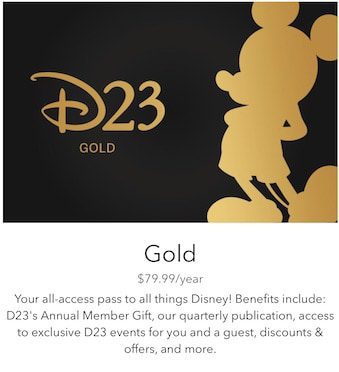 Being a Gold Member made us all feel special, even though we paid crazy amounts in shipping for those publications – we were happy to do it, because it meant we were included.

In the email sent on August 16th, D23 advised that they would no longer be able to offer gold memberships to those members outside of the United States.  They indicated that they were ‘exploring options’ and ‘updates would be provided when a solution is identified’. 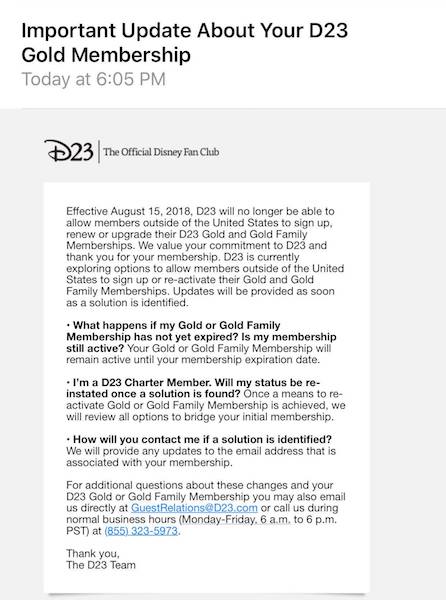 Disney does not release statements without carefully considering the language and I choose to believe that something out of their control has required them to make this change.

Clearly something happened – I can’t imagine that Disney would create this PR nightmare voluntarily!

For now, I’ll take a deep breath and wait for word to find out when I can join the ‘in crowd’ again.  I just hope they don’t take too long to figure this all out – there are some events I would like to attend!

Were you a D23 Gold Member?  What do you think happened?

I just found this as I just tried to join and after calling customer support I was told as I am canadian they are unable to ship to me and therefore unable to become a member. I am devastated how can that be in this day and age.

I think they’re still working on it…